Apologetics: The Beginning of It All - Cosmological & Causation Arguments for the Existence of God 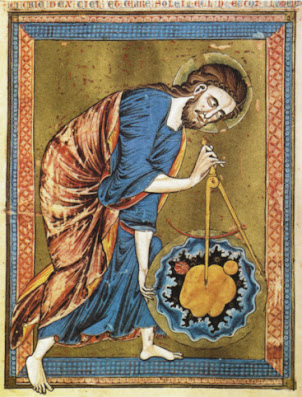 (Click here for an introduction and other installments of this series)
Lecture audio: The Beginning of It All
(click here to listen or right-click to download)
Supplemental Q&A
(click here to listen or right-click to download)
- Throughout history, many prominent philosophers have held to the belief that you ought to be able to reason your way to a belief in God by the power of logic alone, without any supporting evidence. That is, they believed that a process of reasoning about the observed nature of reality was sufficient to lead one to God. What were the arguments that caused some of the greatest minds in history to believe such a wild claim?
1.) The Cosmological Argument
Christianity predicted one of the most unexpected truths about our universe: that it had a beginning (and not only our universe, but that time itself had a beginning). This seems ridiculous at first--how could time have a beginning? What was "before" time? Despite our gut reactions to this notion, logic itself strongly suggests that time could not have always existed, stretching into an infinite past. The reason for this is that an infinite sequential regression is a logical impossibility. It simply can't happen. If time had been moving ever since the infinite past, it could never have reached the current moment in time (such is the nature of infinity). Therefore, time had a beginning, as did the physical universe. Intriguingly, the vast majority of physicists and cosmologists now agree with this: not only did the universe have a beginning, but so did time. And if these things had a beginning, then another question asserts itself: why did they begin? Did something or someone cause them to come into being?
2.) The Causation Argument 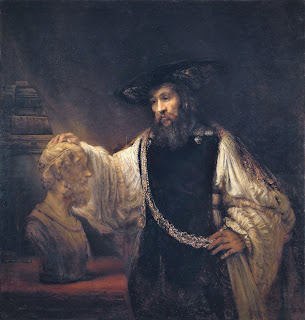 From the time of Aristotle, this argument has been used to prove that there must be an "Uncaused Cause," a Necessary Being upon whom all contingent beings depend and from whom they arise. The argument proceeds as follows:
- Everything that begins has a cause (another way of saying this is that every effect has a cause).
- Everything we see in the universe is an effect of something else.
- The universe itself (along with time) also began, as the cosmological argument shows, and so the universe itself is an effect.
- Therefore, there must be something that caused the universe.
- Since an infinite sequential regression is a logical impossibility, one cannot have an infinite regression of causes. (It's therefore nonsensical to say, "If God caused the universe, what caused God?")
- Because the universe was caused and one cannot have an infinite regression of causes, there must be an Uncaused Cause which caused the universe and everything in it.
The logic of these two arguments is essentially inescapable (though some skeptics have tried to escape them, without any significant or lasting success). These arguments do not get us all the way to proving the existence of a being that we can yet define as "God," with all his biblical attributes, but they get us several steps in that direction: the existence of an Uncaused Cause, an all-powerful, self-existent Something that exists beyond all space and time and upon whom all created things depend.
Email ThisBlogThis!Share to TwitterShare to FacebookShare to Pinterest
Labels: Apologetics
Newer Post Older Post Home