Historical Theology: Is Jesus Really God? - The Challenge of Arianism 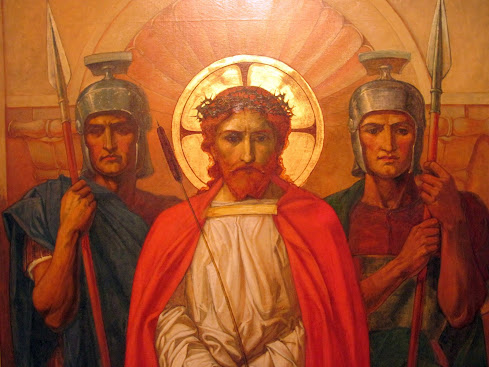 (Click here for other installments of this series)
Lecture audio: Is Jesus Really God?
(click here to listen or right-click to download)
Question: What is the relationship between Jesus of Nazareth and the eternal God who created the universe and reigns sovereign over all? What is the best way to actually characterize the nature of Jesus’ own being?—human, divine, or some mixture of the two?

In the earliest forms of Christianity represented in the New Testament, it is absolutely clear that Jesus was regarded as divine. All of the Gospels and most of the epistles attest to this belief. However, aside from the Gospel of John, most of these documents didn’t go to great lengths to spell out exactly what this meant. The ancient Greco-Roman world allowed for a wide variety of “degrees of divinity,” including humans who were accepted into the company of gods (like the Roman Emperors), the half-divine offspring of gods and humans (like Hercules), gods who oversaw certain aspects of world (like Athena, Demeter, or Aphrodite), and supreme gods (like Zeus or, in Jewish religion, Yahweh). So where did Jesus fit?

Virtually all Christian denominations today affirm the doctrine of the Trinity as outlined by the Council of Nicea (325 AD). A few lone voices (like Jehovah’s Witnesses), though, argue for a slightly lesser “divine” status for Jesus. The debates around this issue are important to know, not only to understand what we believe about the Trinity, but also to help us stand our ground against false beliefs we may encounter. 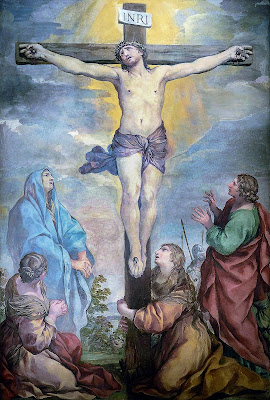 But most of the references are a little more ambiguous—Jesus commonly being called “the Son of God,” or being described as having come from heaven/God, or given authority that only a divine being could have.

Jesus is also shown in roles that differ from the role of God the Father (shown in his prayers to God the Father in the Gospels, and in his current role of interceding as our heavenly high priest). So the NT shows Jesus as equal to God the Father in being, and, at the same time, somehow distinct from him. The NT itself doesn’t hand us a fully-formed “doctrine of the Trinity,” so early Christians had to figure out how these things went together.

Making it more difficult, there are also a handful of references in the NT which, at first glance, seem to run against the verses that place Jesus on the same level as God the Father. For instance, Jesus says that “the Father is greater than I” (Jn. 14:28), and asks “Why do you call me good? No one is good, except God alone” (Mark 10:18).

The First Challengers: the Adoptionists

All early Christians, as near as we can tell, worshipped Jesus as divine. The church was able to zero in on what they really meant by that through a process of confronting occasional heresies that would pop up. One that emerged by the 2nd century was an idea that Jesus was indeed the divine “Son of God,” but that this meant that the human Jesus had been “adopted” by God as his son at a certain point in his earthly life—either at his baptism (Mark 1:9-11; cf. Ps. 2:7), or at his resurrection (Acts 2: 22, 36; Rom. 1:4). Unfortunately for the adoptionists, they couldn’t reconcile their views with the clear teaching of John on the pre-existence of Jesus as God.

The next group to come along, in the early 4th century, were the followers of a church elder named Arius (thus, “Arianism”). While they held that Jesus was divine and was pre-existent with the Father, they argued that Jesus was not equal in being or glory with the Father. They claimed that Scripture taught clearly that Jesus was “begotten”—that is, that the Father is the only eternal, self-sufficient divine being, and that he, at some point before history began, created a divine being of slightly lesser glory: Christ. The Arians proved to be tremendously difficult to argue against, because they were able to use certain opaque passages of the New Testament itself to argue their position. They were also difficult to beat because they knew how to play the politics of the Roman Empire, eventually winning some emperors to their position even after Arianism had been condemned by the Council of Nicea. It was only the fervent actions of two generations of great Christian heroes like Athanasius and the Cappadocian Fathers that eventually won the debate for the orthodox Christian position. (Even so, Arianism lingered around for another 200 years as the preferred version of Christianity among the Germanic tribes overrunning the western Roman Empire.) The Arians lost the debate on several points:

- First, their view turned Christianity into a polytheistic religion. It was one thing to maintain that Jesus somehow shared in the divinity of the one eternal God; it was another to describe him as a different divine being altogether. If Arianism were true, then that meant that the OT was wrong to insist that there was only one God.

- Second, Arius’ position was an innovation. Almost all Christians had been directing worship to Jesus Christ as God for three centuries already. We can trust the Holy Spirit was leading his church in the right direction.

- Third, although they were able to exploit certain NT passages to their own advantage, their position did not do justice to what the Gospel of John says about Jesus’ claims of identity with the Father. Nor were they able to account for how Jesus so perfectly fulfilled the roles in Israel that only the one true God was supposed to fill (forgiving sins, replacing the Temple with his own abiding presence, etc.). In the end, the church fathers decided rightly that the biblical evidence made better sense if we accepted the “high Christology” passages at face value and interpreted the “low Christology” passages relative to their contexts, rather than vice versa.
Bottom line: the orthodox Christian position makes better sense of the biblical data on the question of Jesus’ divine identity.
Email ThisBlogThis!Share to TwitterShare to FacebookShare to Pinterest
Labels: History, Theology
Newer Post Older Post Home