Heroes of the Faith: Elisabeth Elliot 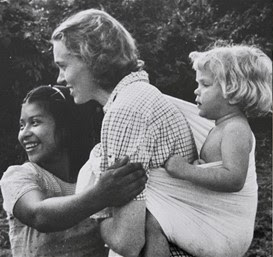 (Click here for an introduction and other installments of this series)
Lecture audio: Elisabeth Elliot
(click here to listen or right-click to download)
Everyone who calls on the name of the Lord will be saved. How, then, can they call on the one they have not believed in? And how can they believe in the one of whom they have not heard? And how can they hear without someone preaching to them? And how can anyone preach unless they are sent? As it is written: “How beautiful are the feet of those who bring good news!”  - Romans 10:13-15

Bear with each other and forgive one another if any of you has a grievance against someone. Forgive as the Lord forgave you. And over all these virtues put on love, which binds them all together in perfect unity.  - Colossians 3:13-14
Elisabeth Elliot: Basic Facts 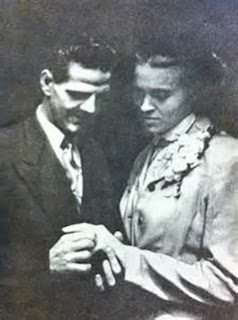 - Elisabeth Elliot (1926-2015) was a missionary to the Huaorani people of Ecuador and a prominent Christian author and speaker. Her first husband, Jim Elliot, had been martyred by Huaorani tribesmen in 1956 along with four other missionaries. Elisabeth told their story in the landmark book Through Gates of Splendor, which inspired an entire generation of new Christian missionaries. She, along with mission partner Rachel Saint, continued their ministry to the Huaorani, eventually translating the Bible into their language and encouraging the growth of the Huaorani church. Elliot then returned to the US, where she ministered through writing and speaking.
Timeline of the Elliots' ministry in South America:
1952 – Jim and Elisabeth both go separately to live in Ecuador. They had already met and started dating at Wheaton College, but both were committed to making their mission work take priority over all else. At separate mission stations, they work to learn the Quechua language, and then, after a year, they come together and are married in Quito, Ecuador.

1954 – While engaged in ministry among the Quechua, they begin hearing stories about a much-feared tribe, the Huaorani (called Auca, “savage,” by other groups), deeper in the jungle. The Huaorani were unreached by the Gospel and had no contact with the outside world. They lived with a Stone Age level of technology, and were known to kill any outside intruders to their territory on sight. Jim and Elisabeth, together with some other missionary partners, begin to plan a mission to the Huaorani.

1955 – Jim and Elisabeth have a baby, Valerie. Meanwhile, Jim and the other men on the Huaorani mission team (Nate Saint, Pete Fleming, Roger Youderian, and Ed McCully) begin to lay the groundwork for their mission contact. They learn some Huaorani greetings and shout them out during flyovers of Huaorani villages; they also drop parcels of gifts down to the villages.

1956 – On January 2, the five missionaries make their first attempt at face-to-face contact, landing their plane on a strip of sand by a river near Huaorani territory. They have a promising first contact meeting with two Huaorani women and one man who come out of the jungle to investigate. But the next meeting does not go well: a band of armed Huaorani warriors emerge and spear all five men to death. Their bodies are discovered several days later.

1956-1957 – Instead of giving up and going home, Elisabeth Elliot and Rachel Saint (sister to the martyred missionary Nate Saint) stay on in Ecuador, and they study the Huaorani language with the help of a young refugee from the tribe, Dayuma.

1958 – With her three-year-old daughter in tow, Elisabeth goes to live with the tribe who killed her husband. She ends up living with the very same Huaorani family that had attacked Jim and the others on the beach, and eventually gets to see them converted to Christianity. She and Rachel spend the next few years translating the Bible into the Huaorani language. 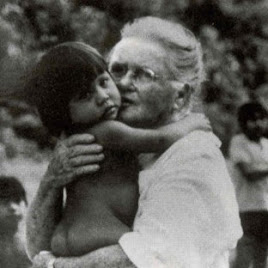 After Ecuador – Elisabeth returned to the US and undertook a career in writing and speaking, using her story to raise up a whole new generation of missionaries. She married again, first to a theology professor named Addison Leitch, who also passed away after just a few years of marriage; and then again to Lars Gren, with whom she spent the last three decades of her life. She wrote a number of books that made a prominent impact on Christian young people and on evangelical women (two of the most notable are Passion and Purity and Let Me Be a Woman). She also became nationally famous as a radio host, with a daily devotional program called Gateway to Joy.
Quotes:
Jim Elliot: “He is no fool who gives what he cannot keep to gain what he cannot lose.”

Nate Saint: “I would rather die now than live a life of oblivious ease in so sick a world.”

Elisabeth Elliot: “You are loved with an everlasting love. That’s what the Bible says. And underneath are the everlasting arms.” (With these three sentences, she began every single daily broadcast of her radio program.)

“The will of God is never exactly what you expect it to be. It may seem to be much worse, but in the end it’s going to be a lot better and a lot bigger.”

“When you don’t know what to do next, just do the thing in front of you.”

“I have one desire now – to live a life of reckless abandon for the Lord, putting all my energy and strength into it.”
Posted by Matthew Burden at 5:00 AM