The idea behind this project is to render the full story of the Gospels into the medium of epic poetry. I'm calling it The Evangeliad. It's written as a work of devotional literature, making no pretensions to actually be Scripture, and is in no way intended to replace one's regular practice of reading the Gospels themselves.

Below is a set of links to the completed sections; and further below you'll find an explanation of the historical, poetical, and theological considerations behind this work. Please note: in the interests of possible future publication, I'm no longer keeping the entire work online. Earlier sections have been removed, and only the most recent month's worth of poetry will show as accessible. Three self-published early installments can be read by purchasing the print versions (click each book's picture to be taken to its Amazon page). 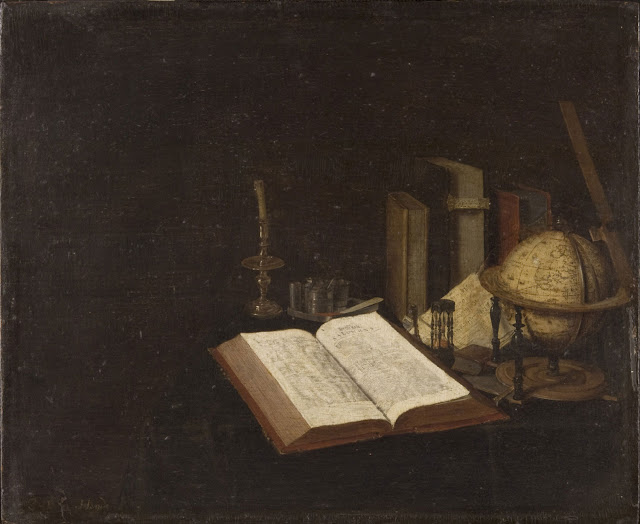 You can purchase the first three print installments of the Evangeliad (representing the first 106 sections originally posted on this blog) by clicking on these pictures, which link to the books' Amazon pages. Further links below will take you to recently-posted sections which are not yet available in print form.

- What does "Evangeliad" mean? - It's a combination of the Greek word for Gospel (evangel) and the Greek suffix often attached to works of epic poetry--as in the Iliad, the Alexiad, and so on.

- This doesn't exactly follow the text of any single Gospel. Why not? - I'm not attempting an actual translation of the Gospels; my main interest is to tell all of the stories about Jesus contained in the four canonical Gospels. It will attempt to faithfully include the substance of everything said in the Gospels, but it is an artistic rendering of that substance, not an attempt at a new version of the inspired, authoritative text. The nature of this sort of project, which aims to tell a single, cohesive story, requires a measure of blending, since no single Gospel contains all of the stories, and it would be too long and redundant to try to do four such poems exactly corresponding to each Gospel. So my poem will follow a traditional "harmony" of the Gospels. The text of the Evangeliad follows the structure of the most famous harmony of the four Gospels, the Diatessaron. The Diatessaron (which means "one from four") was a Gospel harmony composed by the Assyrian early church father Tatian in the late second century AD, and it was so widely accepted in the Christian East that it actually became the standard liturgical text of the Gospels used in Syriac churches until the fifth century.

- Aren't there some textual and doctrinal issues with Tatian's Diatessaron? - The Diatessaron is a very faithful harmony of the Gospels. It does have two major exclusions--the genealogies of Matthew and Luke (which I wouldn't include in the Evangeliad anyway, because those sections would be burdensome and unnecessary in an epic poem), and the pericope in the Gospel of John about the woman caught in adultery, which was probably not original to the Gospel (but which I, unlike the Diatessaron, might choose to include). There are some doctrinal concerns which have been raised about Tatian himself, particularly in his later career, but these tend not to concern the Diatessaron, and are historically suspect anyway.

- Why is it written in rhyme instead of free verse? - It's traditional for epic poetry in English to be written in the form known as "heroic meter," which is comprised of rhyming couplets in iambic pentameter.

- Why are the sections numbered as they are? - The section numbers follow the text of the Diatessaron (I'm using the enumeration provided by the 1895 Hogg translation). Any digressions from the order of the Diatessaron numbering will be indicated by a simple asterisk. If, at the end of the project, my Evangeliad proves worthy to stand on its own in some sort of published form, I will probably introduce a more standard poetic enumeration.