With a new Republican candidate for president coming forward every other day, it's clear that our culture is gearing up for another long, exhausting haul towards the polls. Like most of our political traditions, the presidential election is both great and patently ridiculous. It engages us in a sustained civic dialogue on issues of national importance, while also taking an embarrassingly long time and costing truly heinous amounts of money. But democratic elections, since they lie at the heart of our culture's decision-making process, make for a good way to understand our own individual decision-making. (And, to add to that point, some recent neurological studies have apparently shown that our own decision-making processes are indeed very much like democratic debates among our brain neurons.) So, with that analogy in mind, here are some thoughts I offered our local newspaper during last fall's midterm elections:


As a citizen who tries to understand the issues and make good choices with my vote, I’ve come to realize that there are two major ways in which a person can choose how to vote. The first way, and the best way, is to make an honest effort to get to know the policies of the respective candidates. This requires studying the candidates’ claims in their own words and seeking to understand their way of thinking. The second way is simply to assume that the policies that appeal to my own presuppositions are of course the only reasonable ones, and to brush aside and ignore any of the reasoned arguments of the opposing candidates. Under this way of voting, we only listen to the pundits that we already agree with, never bothering to listen to the words of the opponents, except perhaps for occasional scandalizing quotes taken out of context.
Naturally, as a conscientious American citizen, I would urge us to take up the mantle of responsibility and choose the first way of voting—listening, studying, and seeking deep understanding of the issues before making our decision. But I’m not really writing about politics here. When I look at the place of Christian faith in American society today, I find that many people unfortunately choose to relate to faith by means of the second way. We hold tightly onto our own presuppositions without questioning them, and we are too often content to write off the claims of faith without seriously considering them. There are many in our communities who have, often through no fault of their own, ended up with a shallow or misdirected understanding of true faith. Perhaps because of disaffected childhood experiences of religion, or abusive and hypocritical behavior from people claiming to be believers, or, perhaps, simply because they have the sneaking suspicion that religion is a means of suppressing honest human behavior behind clouds of guilt, many in our nation have already decided on their vote as to whether Christian faith deserves their attention. The only trouble is that all of those reasons, as valid as they may be regarding our emotional reaction towards the religious establishment, entirely miss the point. 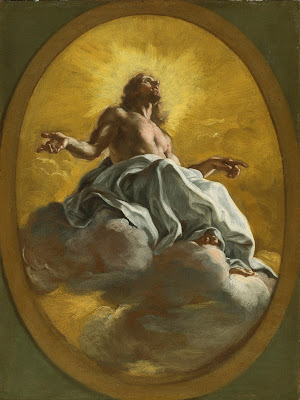 Christian faith makes broad truth-claims on our understanding of the world. It declares that there is such a thing as truth, that the universe testifies to the existence, creative power, and beauty of its Maker, and that God himself has, in his mercy, decided to walk a mile in our shoes, to embrace all the suffering that this world can offer, to take its most violent pains upon himself, indeed, to die—and all this for us. Our faith claims that this great act of God made a whole new reality burst into existence, a Kingdom which offers liberation from the sorrow and the smallness of our lives, which welcomes us into a new existence that can only be described as joy. And we claim that this Kingdom of God is real, that it can be experienced here and now, that the facts of history do, in fact, support its claims when studied carefully, and that, if true, it calls us into the honor and delight of pledging it our highest loyalty. In essence, it calls us to vote, every day of our lives, whether we will pursue the call of faith, or whether we will choose instead to deny its claims. Just like a vote in an election, I would urge you to take this vote seriously—do the best research you possibly can; seek to understand the Christian faith not on the basis of your own presuppositions, but on the merit of its best arguments; and, most of all, dare to open your heart to the possibility that the greatest gift imaginable stands ready to be given to you, if only you will say yes. In this great cosmic referendum, one side actually will be proved right, and one side proved wrong. So seek out truth, pursue it boldly, and when you have it, cast your vote.
(Campaign button, top: John M. Palmer and Simon Bolivar Buckner, nominees for the National Democratic Party in the 1896 presidential election; image is in the public domain in the USA. Painting, inset: "Christ in Glory," by Giovanni Bautista Gaulli, 17th century, oil on canvas; image is in the public domain.)
Email ThisBlogThis!Share to TwitterShare to FacebookShare to Pinterest
Labels: Apologetics, Culture, Devotional Reflections
Newer Post Older Post Home