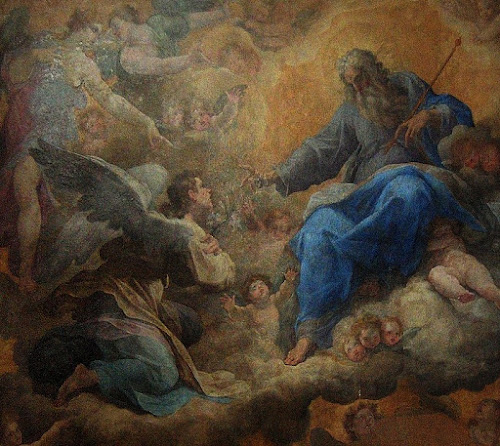 (Note: This post was originally written as a devotional column for my local newspaper)

Does God really exist? The vast majority of people in our society, throughout its entire history, would almost certainly have answered “Yes, of course!” In recent years, however, there have been a lot of folks questioning that assumption. In the early 2000s, a spate of popular bestselling books came out from writers known as “the New Atheists,” vigorously mocking traditional religious beliefs and claiming that religion had been disproven by science. However, to anyone who paid attention to how those books were received among the writers’ colleagues in the academic worlds of philosophy, theology, and yes, even science, the widespread sense was that the books were more bluster and nonsense than anything else. Nevertheless, they seemed to hit a mark: more and more people are abandoning traditional faith-perspectives in our society (though on a global scale, the reverse is actually the case). “Nones”—that is, people who say they have no religious aspect to their lives or worldview at all—are one of the most swiftly-rising demographics in our country.

All of this is not much of a surprise to anybody who has been paying attention to social trends. Sometimes Christians might feel a certain anxiety about such things, but I generally don’t worry too much about it. Of course, I do want people to believe in the truth-claims of Christianity—there is nothing so beautiful, life-giving, and true in the world as the faith that I’ve been blessed to receive. But I don’t feel much anxiety about the attacks of atheists and agnostics, because the plain fact of the matter is that they’re bound to fall short (and that’s coming from someone who, for a while at least, counted himself an agnostic!). God does exist, he has revealed himself in history, in Scripture, and most of all in the person of Jesus. In short, Christian truth really is true, and, as Shakespeare once put it, “The truth will out.” Truth has a way of becoming known, simply because it is true, as it presents itself over and over again to honest seekers of all generations.

Let me give one rather striking example. Back in 1955, theism (a belief in God) had been almost entirely eradicated from academic philosophy departments in universities. A group of prominent atheist philosophers issued a volume of triumphant essays at that time, essentially as a statement of their triumph in their field. The book had as its editors two of the rising stars and leading lights of those atheist philosophers: Anthony Flew and Alasdair MacIntyre. Now fast-forward the clock sixty years, and guess what you see? Both Anthony Flew and MacIntyre reversed course and became convinced of God’s existence because of the evidence for it from science, logic, history, and philosophy. Flew (once called “the pope of atheists”), issued a book before his passing titled simply “There Is a God.” And MacIntyre became not only a theist, but a Christian, and is now one of the leading theologians in the world. The tide of God-believing philosophers has risen substantially in university departments all over the world, to the point where a significant majority of experts in the field of the arguments for whether God exists or not (philosophy of religion) are of the opinion that he does. There is powerful and compelling evidence that not only does God exist, but also that the biblical story stands up to scrutiny: this creator-God loves us to such an extent that he has called us, redeemed us, and entered our story to attain our salvation on our behalf. I truly believe that “the truth will out,” the tide of faith will turn again, as it always has before, and the great Christian revival that is sweeping through the most unlikely corners of the world right now will one day soon return to our shores.