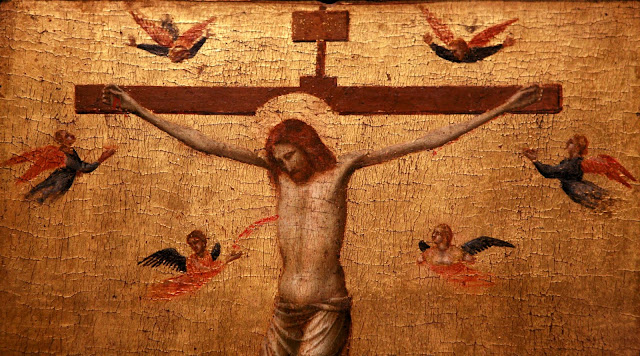 (Click here for an introduction and previous installments of the Evangeliad)
Section 26:21-25 (corresponding to Luke 15:20-24)
Up from the swine-fields the younger son rose,
And walked all those miles back on the roads
Till he drew near to his father's estate,
There to humbly submit to his fate.
But while he walked there, still far down the road,
His father saw him, and stirred up with hope,
The older man ran across the whole farm,
Came to his son, and caught him up in his arms.
But his son shook him off, hanging his head.
"I've sinned against heaven and you," the boy said.
But his father laughed in joy through his tears,
And once again held his younger son near.
Then he called to his servants, "Bring me a robe,
A ring for his hand, and beautiful clothes!
Let's slaughter the calf and celebrate now,
For my dead son, he lives, was lost and is found!"
Email ThisBlogThis!Share to TwitterShare to FacebookShare to Pinterest
Labels: Poems
Newer Post Older Post Home