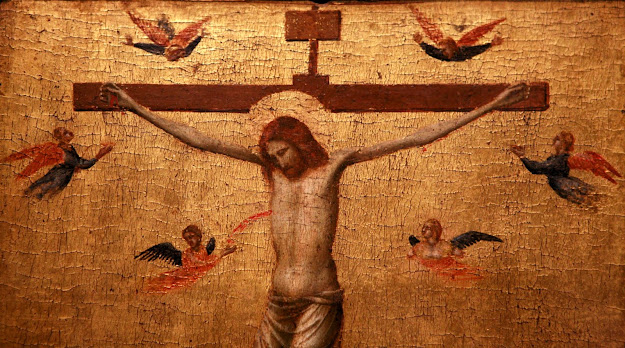 (Click here for an introduction and previous installments of the Evangeliad)
Section 17:18-26 (corresponding to Mark 4:34; Matt. 13:36-43)
By such parables the multitudes heard,
But Jesus explained to his friends every word.
So after they stepped away from the crowd,
His followers came up to him in the house.
"Tell us, Lord, about the story of tares;
Yes, what does it mean that the tares were there?"
And Jesus replied, "I was the man who sowed,
The Son of Man, who the whole field owned:
That field is the world, and in it my seeds--
The kingdom's own children, of truth and good deeds--
Are planted to grow up on every side,
But the enemy's children grow alongside.
Satan himself is that enemy who
Desires the kingdom's growth to undo.
The coming of harvest is the world's end;
The reapers are angels that the Son will send.
As tares are bundled and burned in the flames,
So it will be at the end of all days.
The Son of Man will his angels engage
The tares from the kingdom to separate.
All things that harm will forever be gone:
Iniquity's doers in flames will be thrown;
There will be weeping and gnashing of teeth,
For all who grew not from grace of good seed.
But the righteous ones, the harvest of wheat,
Will be gathered into the kingdom of peace.
There in the glory of Father and Son,
In radiance bright, they will shine like the sun.
Posted by Matthew Burden at 5:00 AM